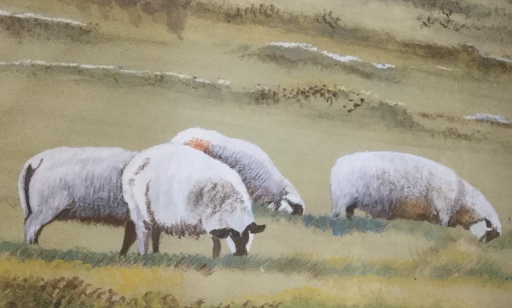 Self-talk motivation or life is a mind game:  I've always had to work at motivating myself.  I used to talk to myself like an angry parent talks to a lazy teenager.  "Get in there and clean up your room!  You're a lazy bum!  Why can't you be neat like other people? When are you going to grow up?!" It never worked.  Now I talk to myself like a I'm a toddler.  "Come on, baby, let's get a little work done.  I know you want to play with your toys (aka books, art supplies, sewing), but just spend 15 or 20 minutes in the kitchen, and then you can play."  This works much better - and I usually end up spending 45 minutes working in the kitchen.  The moral to this story: Be gentle with yourself.  It's easier to cajole a toddler than to bully a teenager.
oppressors disguised as benefactors:  Jesus said, “The kings of the Gentiles exercise lordship over them, and those in authority over them are called benefactors. But not so with you. Rather, let the greatest among you become as the youngest, and the leader as one who serves." (Luke 22:25-26)
Relate this to our government. It takes from us in the form of social security, medicare, medicaid, and a host of other taxes.  Then when our prepaid government services (aka "benefits") are passed out - a small return on the taxpaying public's investment - our civic leaders act like they are our great benefactors.  The moral to this story: We fall far short of Our Lord's standards.
from small houses on big lots to mansions on postage stamps:  Fifty years ago everybody's dream was a little house in the suburbs with a big yard.  Now the dream seems to be a mansion on a lot that is scarcely bigger than the house.  Fifty years ago, people wanted to be outside.  Today they want to be inside.  I guess it's understandable.  Although people had air-conditioning fifty years ago, they were't quite as addicted to it as we are.  And they didn't have the electronic devices we have - devices that work better if you're not in the glaring sunlight.  Fifty years ago moms were at home to supervise the kids playing in the big suburban yard.  Now mom and dad both work until 5:00 or 6:00 and the kids are still at school in after-care.  What do they need a big yard for?  But I've been thinking - fifty years ago there weren't a lot of depressed people.  Today there are.  Antidepressant use has increased by 400% just since 1988.  No doubt there are a variety of reasons.  I think a major reason is not enough time outdoors.  The moral to this story: Go outside and play.  It's cheaper than antidepressants.
Posted by Judith B. Landry at 1:27 PM 2 comments: