The Shepherd Who Stayed

I love poems and stories that make me think of something I hadn’t thought of before, and this poem does just that.

Although most of our Nativity Scenes have the shepherds there with at least two or three token sheep, the Bible only says the shepherds went to Bethlehem. There’s no mention of them taking any sheep with them. And they probably didn’t, which means somebody had to stay behind and tend the sheep.

So help me, I never thought of that before. But I should have because surely Our Good Shepherd would not want sheep at the mercy of wolves. The shepherd who stayed behind was fulfilling his calling as much as the shepherds who went to Bethlehem.

This poem is by Theodosia Garrison (1874-1944) from a little book called Christmas Poems, selected by David Stanford Burr. 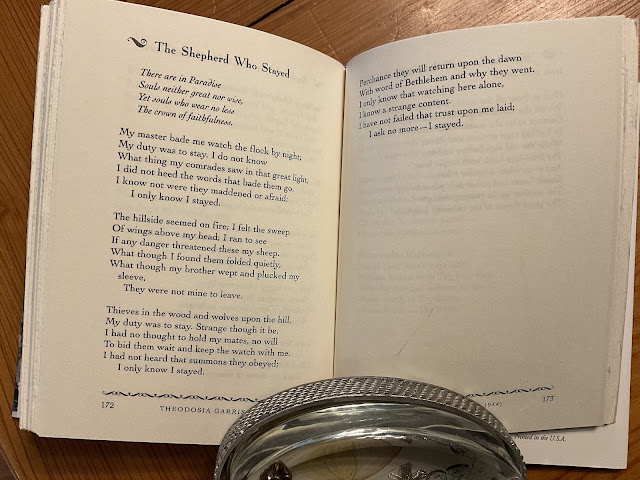