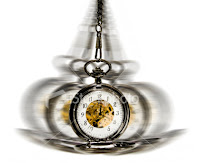 Have you just started The Outlander series? Oh my what a ride you are in for! Enjoy.