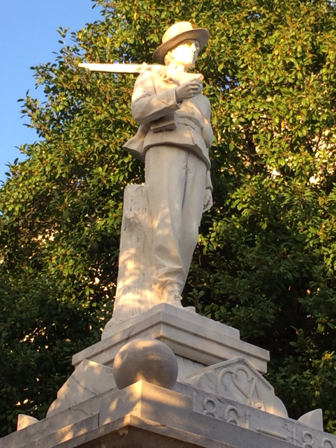 I agree with what you say in the sense that its not just Northerners or transients that are wanting to destroy the culture and history of the South. Its actually some of the native Southerners themselves. What a travesty! These people have been indoctrinated to the point where they cannot tell right from wrong anymore. I befriend northerners who love and appreciate the South and the culture and the history that goes with it. These are Northerners. There is definitely a difference between a Northerner, a Yankee, and a dare-I-say "damned" Yankee. My grandfather taught me this too.