On the Trail of Brunswick Stew 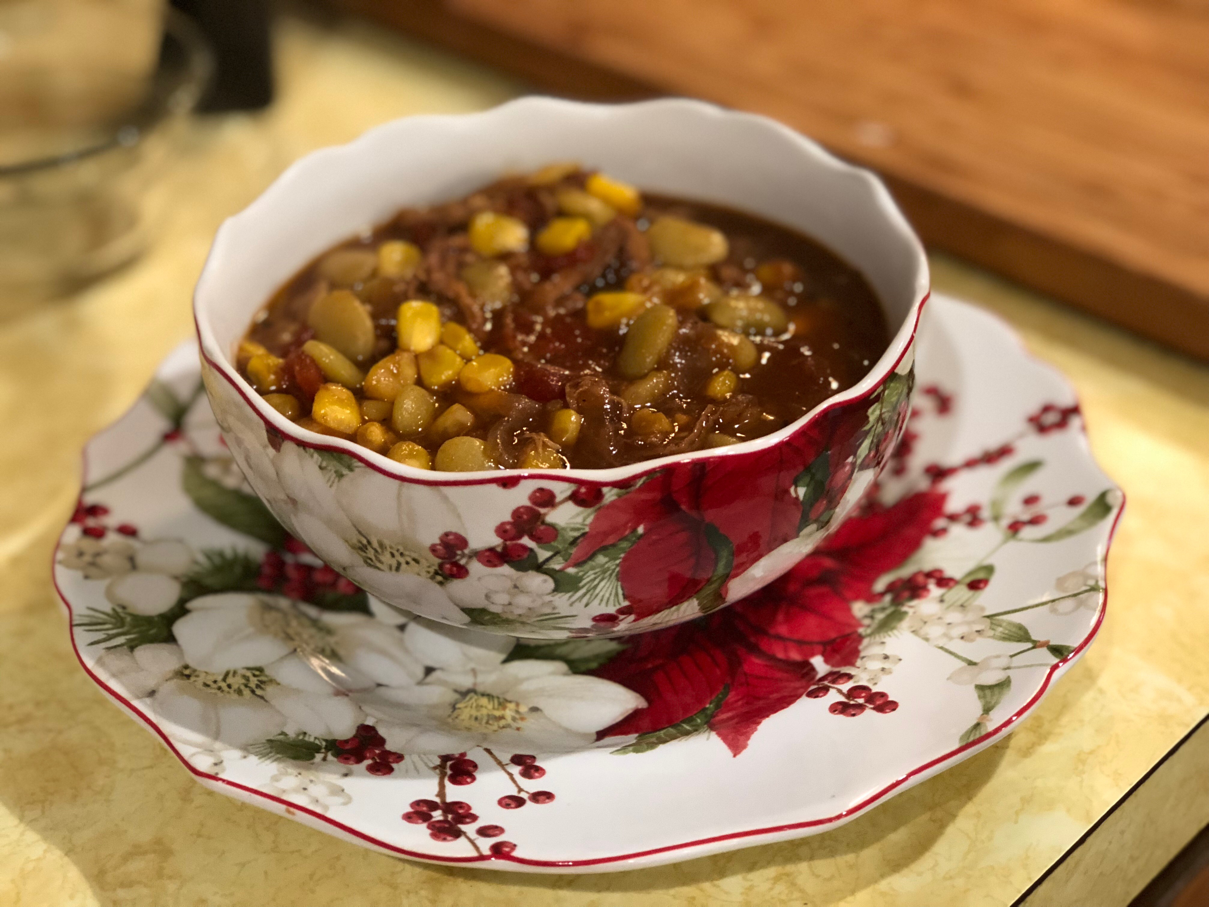 I had my first bite of Brunswick Stew about 25 years ago at a local restaurant in Kennesaw, Georgia.  We were on vacation, and I had never so much as heard of Brunswick Stew until then.  It was knock-your-socks-off good!

I’ve since learned that Brunswick Stew is considered to be quintessentially Southern.  I wondered — how did I grow up in the South and never hear of it?  This prompted me to do some research on the origin and history of Brunswick Stew.  It is murky at best.  Some say it originated in the late 1800s in the town of Brunswick, Georgia.  Others claim is originated in Brunswick County, Virginia, in the early 1800s.  There are also claims that it originated much earlier in Germany, and some say it is of American Indian origin.

I was born in the southern-most part of West Virginia and grew up in northwestern Florida.  My mother didn’t fix Brunswick Stew, and my Floridian playmates’ mother’s didn’t either.  My school teachers - many of whom were from Alabama - never mentioned Brunswick Stew.  I guess there is nothing too odd about that since I’ve discovered that it’s most popular in Georgia and the eastern parts of the Carolinas and Virginia.  I have Virginian and North Carolinian ancestors, but they were from the mountainous western regions of those states.

Ever since my first taste of this concoction in Kennesaw, Georgia, I’ve been on an off-and-on hunt for Brunswick Stew recipes.  It looks like those who live in the Brunswick Stew part of the South are as emotional about this dish as Cajuns are about gumbo and jambalaya.  There are Brunswick Stew contests and cook-offs and disputes about what ingredients are really authentic.

Yesterday I decided to try a Brunswick Stew recipe by Jamie Deen that I found on Food Network.  Of all the recipes I’ve tried, I think this one is most like the one I had in Kennesaw.  I used Jack Daniels Original No 7 barbecue sauce which gave it the flavor I was looking for.  But I must tell you that some Brunswick Stew purist take a dim view of using store-bought barbecue sauce. But never mind them.  This recipe makes a dang good Brunswick Stew!  I halved the recipe, and it still nearly filled my favorite five quart pot.  You can find it here:
Brunswick Stew Recipe
Posted by Judith B. Landry at 12:11 PM

Labels: From the Kitchen, Slices of Life

It was very good.